Back to 'The Mysteries of the Ancient Greeks – Story'

A team of scientists extracted and analyzed DNA from skeletons found at different archaeological sites in Greece.

Using the  genetic information available,  they were able to  draw a ‘genetic portrait’ and  thus predict certain physical characteristics of three individuals who lived in  the Bronze Age, between 3000 and 2000 BCE! 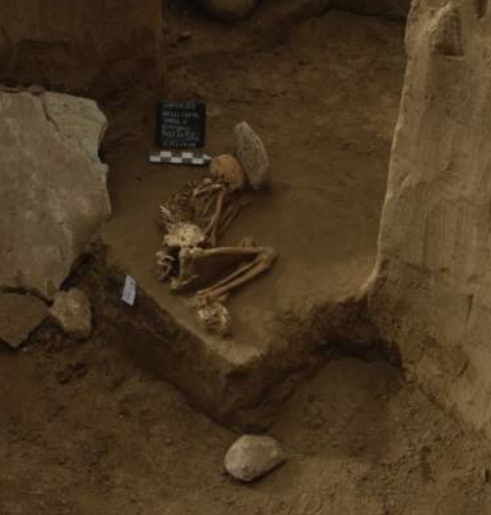 How to draw a genetic portrait?

Many of our physical characteristics are determined by the genetic information stored in our DNA.

We all have the same genes, but their DNA sequences are not 100% identical.

Some differences (called Single Nucleotide Polymorphisms or SNPs) can change the eye color, skin color or hair color…  or our ability (or not) to digest lactose.

Each characteristic is defined by many genes and many SNPs…  and we have not finished discovering new ones. 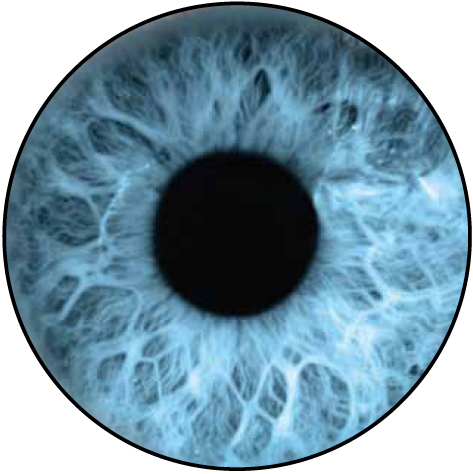 A SNP (A -> G) in the HERC2 gene, located on chromosome 15, is particularly famous. The presence of a G is associated with a lower production of brown pigments in the iris and therefore a greater probability of having blue eyes.

The genetics of eye color is still in its infancy. Only the impact of a handful of genes, probably out of  a few hundred, is currently known.

However, several studies have validated a series of SNPs that are now used to draw a genetic portrait by the scientific police and … archaeologists!

Here are the results of an analysis of DNA found in the skeleton of an individual who lived in Greece during the Bronze Age (3000 – 2000 BCE):

The information used by scientists to draw a genetic portrait is of course more complex than that presented in this activity (additional SNPs and genes are included in this analysis)!

After analyzing many SNPs of three individuals who lived in the Bronze Age, the scientists predicted that they most likely had brown eyes, dark hair and dark skin.

This genetic portrait corresponds to the characters depicted on Bronze Age murals in Crete.

However, these individuals were also carriers of SNPs associated with lighter skin color. The latter is in line with observations that skin depigmentation has been segregating since the Neolithic in southern Europe. 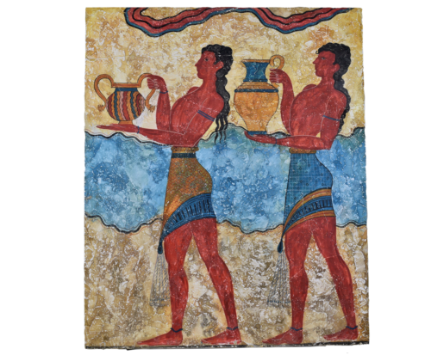 Source: “Cup-bearer Fresco” depicting a male from the Bronze Age. Located at the Knossos excavation site, and part of the Minoan civilization (Wikipedia)

Another story of evolution…

Man has been drinking milk for some 9,000 years,  even though he has long been lactose  intolerant as an adult.

Lactose is the main sugar found in milk. Lactose intolerance is a normal  physiological phenomenon. It is caused by a decrease in the production of an enzyme called lactase (LCT) in early adulthood. This lactase is present in the small intestine (more information on the lactase in the UniProt database).

The persistence of lactase in adulthood is the consequence of genetic variations in the MCM6 gene, variations that appeared in the human population long after the start of  milk consumption.

Today, nearly 1/3 of the world’s population is tolerant to lactose in adulthood.

Source:  Dairying, diseases and the evolution of lactase persistence in Europe (2022) – OMIM

Here are the results of an analysis of the DNA found in the skeleton of an individual who lived in Greece during the Bronze Age:

Is he tolerant to lactose?

The genetic information used by scientists to determine if a person is intolerant to lactose is more complex than that presented in this activity (additional SNPs and genes are included)!

The Ancient Greeks and  tolerance to lactose

Scientists looked at SNPs associated with  lactose tolerance in the DNA of individuals who lived in Greece during the Bronze Age (3000 BCE).

The individuals tested had the genotype ‘lactose intolerant in adulthood’. “This result is consistent with  that of other studies  of  Neolithic Europeans and Aegeans.  This suggests that even  lactose  intolerant individuals consumed milk at that time!”.

Traces of milk have indeed been found in jars  dating back to the Bronze Age! 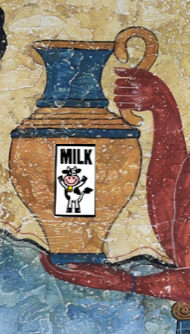 The genomic history of the Aegean palatial civilizations (2021)

The mystery of early milk consumption in Europe (2022)